Paulina is an Latinx Songwriter/Artist & LGBTQ Activist who has been active in her community for over a decade. Born and Raised in the Coachella Valley, she is a graduate of Indio High School where she first began her training in leadership as a member of the Rajah Renaissance school organization. She was awarded the 1999 Laura Trejo Distinguished Service award by the Riverside County for her work with the Friday Night Live organization. She was also involved with the City of Indio Youth Advisory Council, serving as a Director of Public Relations and Liaison to the Indio Police Department Youth Task Force. In 2006, she joined the Gay Straight Alliance student group at College Of The Desert, where she served two terms as Club President before running for the Officer of External Affairs for the Associated Students of College Of The Desert. She has worked throughout the golden state as the first Transgender Senator  of the Student Senate for California Community Colleges in Sacramento and successfully worked alongside Gov. Brown's office during her two terms on LGBTQ Student Issues. Previously, she was a volunteer for Trans Students Educational Resources, Equality California & Human Rights Campaign. Paulina is proud to have teamed up with Soteria & Goldenvoice to be part of the Every One Initiative at Coachella and Stagecoach music festivals. She also provided content for the Introduction To Transgender Studies textbook  by Ardel Thomas, published by Columbia University Press in early 2019.

Paulina currently serves as a Board of Director for Palm Springs Pride &  Advisory Board for both East Coachella Valley Pride & Soteria. She has been honored by Palm Springs Pride in 2016 with the Spirit of Stonewall Emerging Leader Award, and again in 2018 as part of the OUTStanding Voices honors. Paulina has her own music group with PMI/Paulaphone and is an active songwriter, singer, musician and producer. 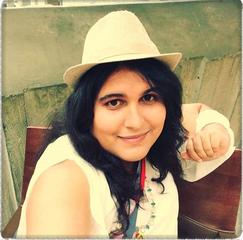 "It was my love for music that led me to becoming an activist, never thought in a million years that I'll be able to become an advocate for my community"